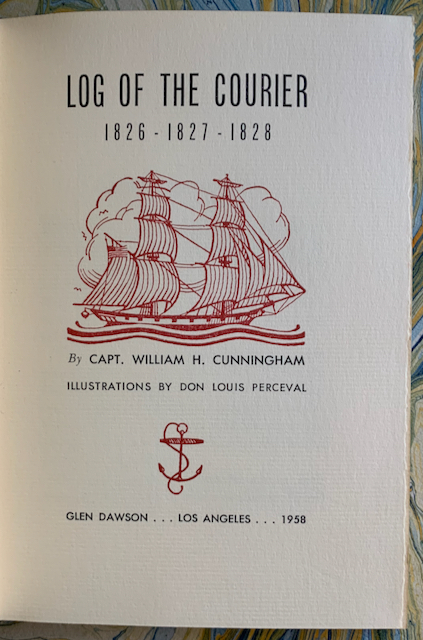 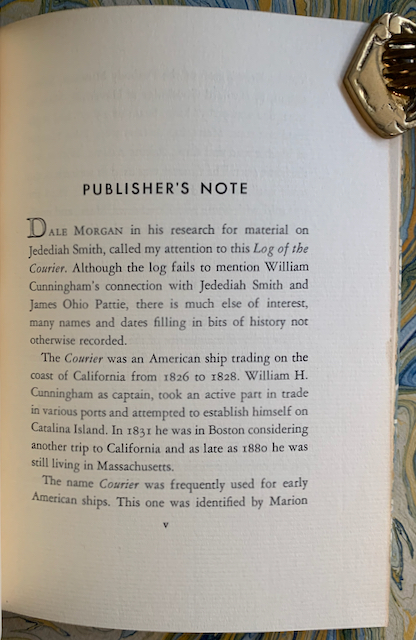 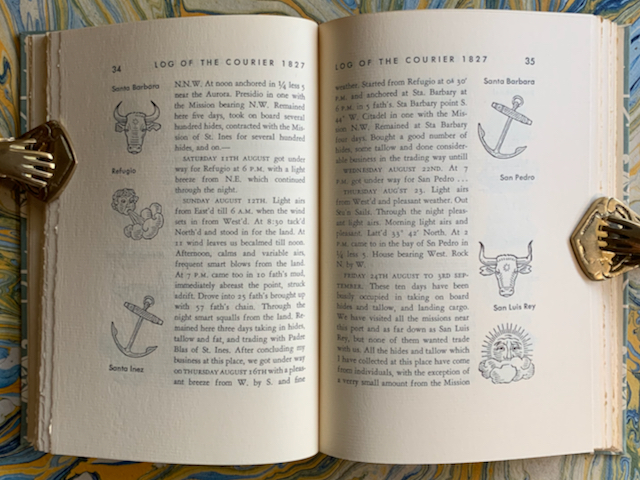 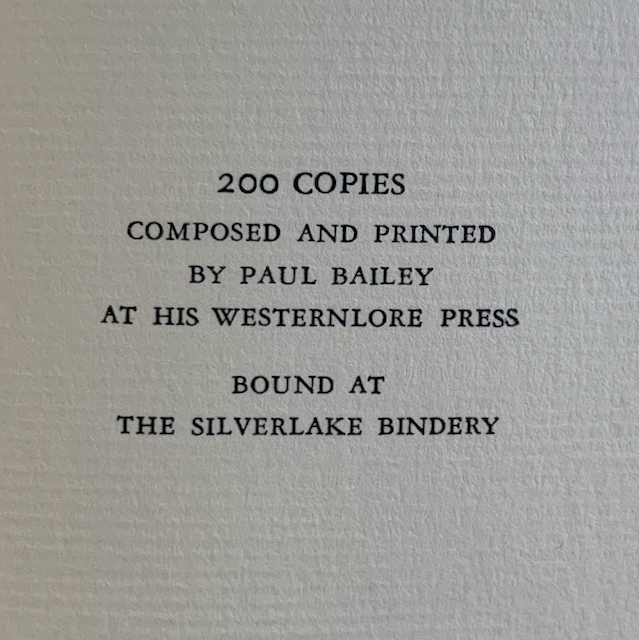 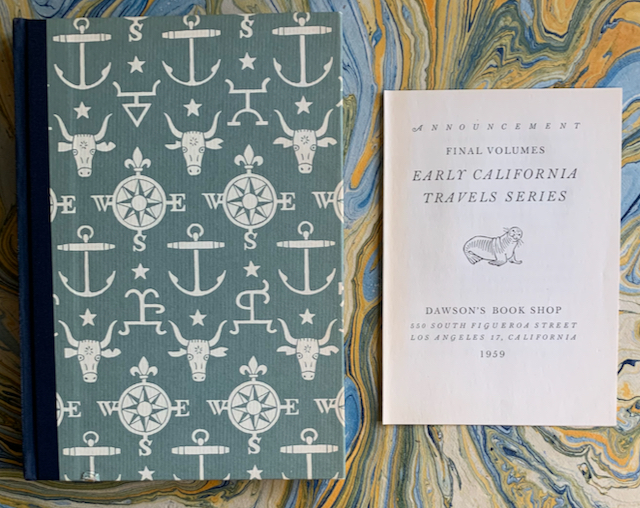 Early California Travel Series, No. XLIV. LIMITED EDITION of 200 copies composed and printed by Paul Bailey at his Westernlore Press, bound at the Silverlake Bindery. Small 8vo. 7 3/8 x 5 1/4 inches. (viii), (78) pp. Half-title, title page with a ship and an anchor vignette in brick-red, publisher's note, photograph of a painting of the Courier tipped-in, side notes throughout the text, and most of these are small woodcut illustrations; text clean, unmarked; faint offsetting associated with the photograph. Navy cloth spine, decorative paper over boards, spine titled in gilt; binding square and tight, minor shelf wear, small bump at the foot of the from board. Laid in this copy is a small bifolia, "Announcement, Final Volumes, Early California Travels Series," Los Angeles, Dawson's Book Shop, 1959, lists six upcoming titles, printed by Wm. M. Cheney. GT820-002. Very Good. The original manuscript of this book is in the Peabody Museum, Salem, MA; transcribed by Mary Helen Dawson. Several copies held the Announcement of the final volumes, and presumed issued with such. "During the three years covered by the portion of the log printed here, Capt. Cunningham traded up and down the coast from Bodega on the north to La Paz on the south, making Catalina his headquarters for such matters as the curing of hides. An excellent picture of the more or less illicit trade between the missions and the Yankee sea-captains." Rudkin, p. 4. REFERENCE: Rudkin, Early California Travel Series, No. XLIV.