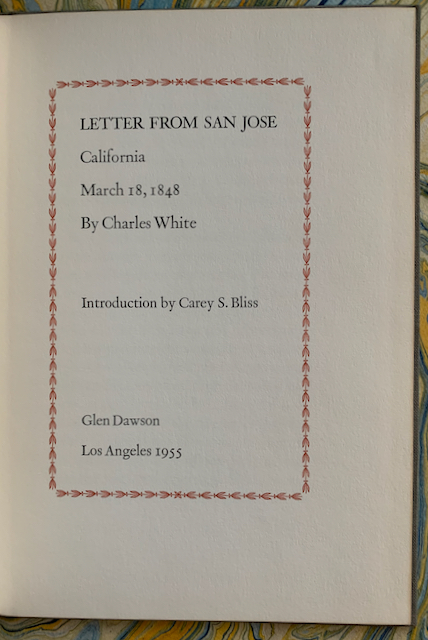 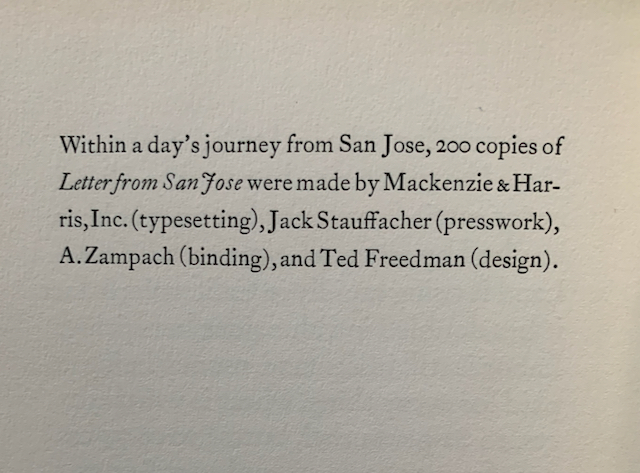 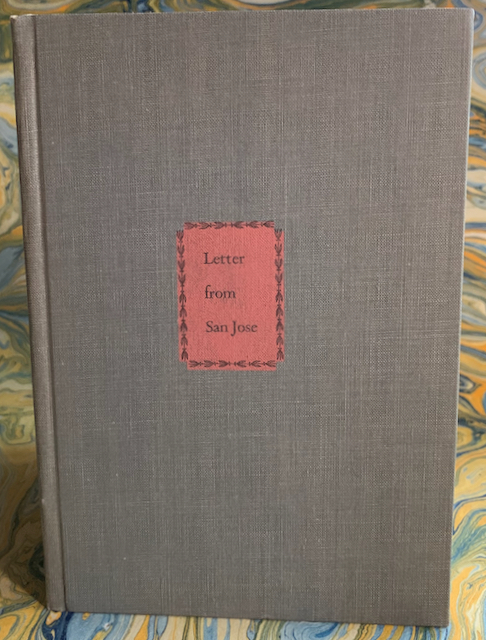 Early California Travel Series, No. XXVIII. LIMITED EDITION of 200 copies, typeset by Mackenzie & Harris, presswork by Jack Stauffacher, binding by A. Zampach and designed by Ted Freedman. 12mo. 7 3/8 x 5 inches. (10) pp. Half-title in brick-red ink, title page printed within a border of brick-red typographic ornaments, Introduction by Carey S. Bliss, head piece in brick-red; text clean, unmarked. Gray cloth, front cover titled in black ink on a red field; binding square and tight, minor shelf wear. IO820-001. Very Good. Reprinted from the St. Joseph Gazette of July 28, 1848 from a run of that paper held in the Huntington Library. "A brief letter to the home-folks in Missouri, by a settler already established as alcalde of San Jose. The letter discusses his appointment, and the difficulties of the office before statehood. In general it is an account for the people left at home of what they can expect to find in California." Rudkin, p. 10. Charles White was a native of St. Joseph, Missouri, who profited from the California Gold Rush and became a wealthy and influential figure during Mexico's cession of California, the state's establishment as an independent republic, and its transition to Statehood. White's letter gives some insight into the lives of settlers in San Jose in 1848, and a peculiar look into the daily workings of a political figure. REFERENCE: Rudkin, Early California Travel Series, No. XXVIII.