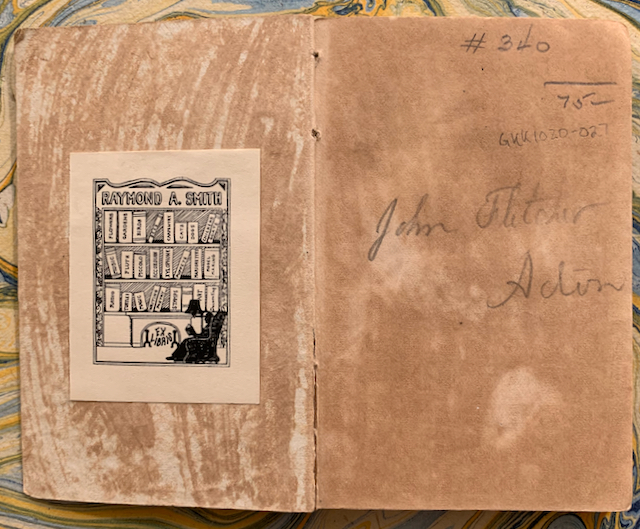 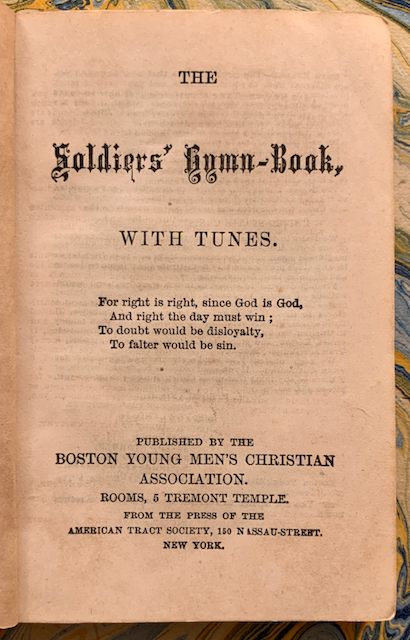 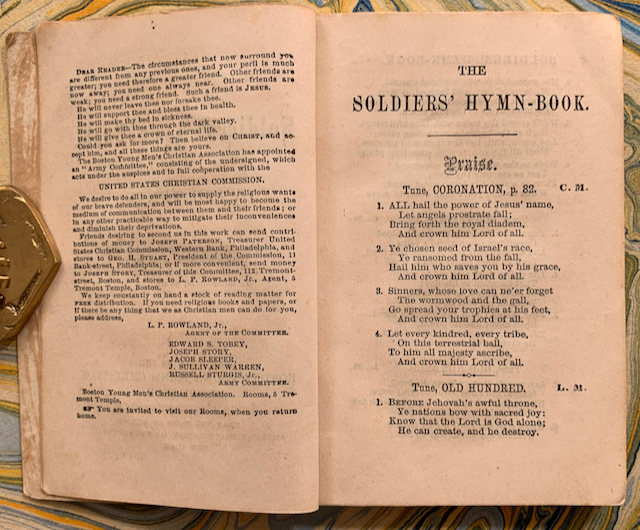 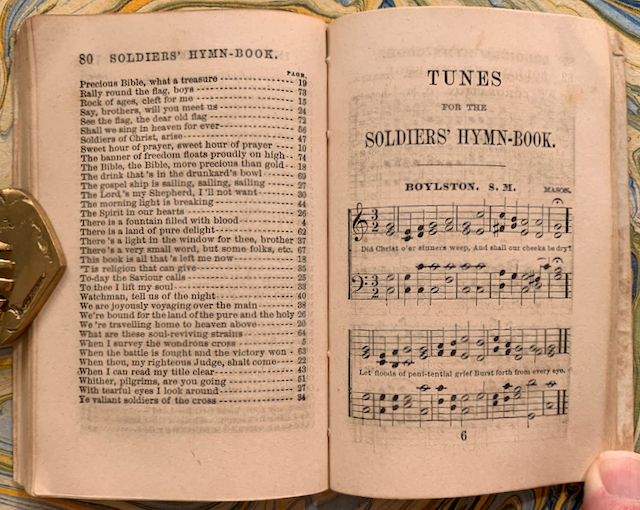 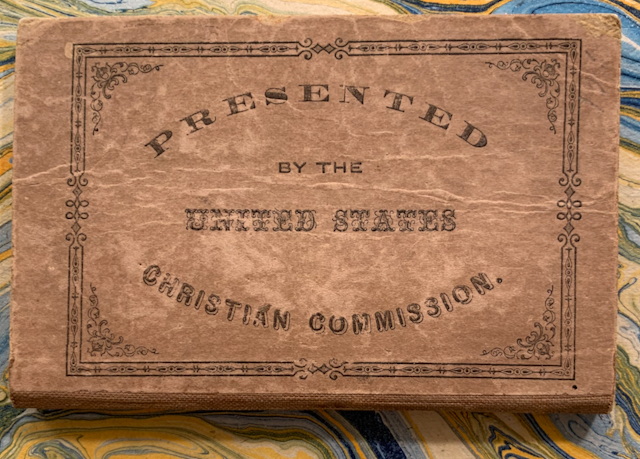 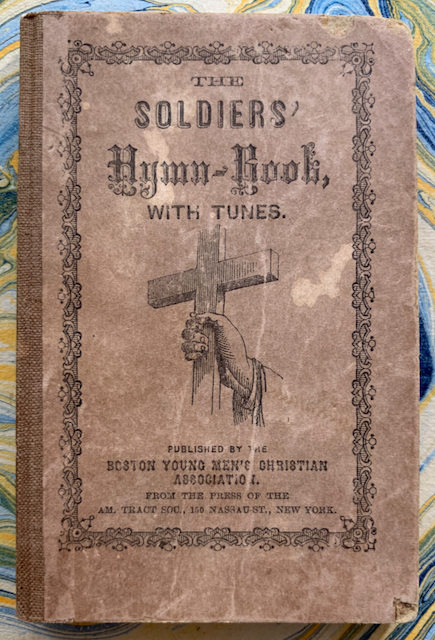 The Soldiers' Hymn-Book, With Tunes

12mo. 4 1/4 x 2 13/16 inches. 128 pp. First 77 pages show the text of hymns, index of first lines, pages 81-127 provide music, index of tunes; text unmarked, pages brittle and toned, some dog-ears. Cloth spine, printed paper over boards, front cover with an illustration, rear cover printed "Presented by the United States Christian Commission;" rubbed, upper corner bent. Early ownership signature of John Fletcher, Acton, Middlesex County, MA. Bookplate of Raymond A. Smith. Glen Dawson's copy without distinguishing marks. GKK1020-027. Good. EDITION NOT STATED, some copies, such as one in the Claremont College Library, note "5th ed. of 10,000 each." Doggett, The History of the Boston Young Men's Christian Association (1901) gives the total number of copies of this title, but does not distinguish editions (see page 33). The Boston Young Men's Christian Association was founded in 1851 and was the first YMCA established in the United States. The Association intended to keep young Christian men away from the vices of the city and offered numerous services to their members, including a reading room, a library, a popular lecture series, evening classes, social gathering, excursions, a gymnasium, an employment department, and a register of respectable boarding houses. The Boston YMCA teamed up with the United States Christian Commission to furnish religious literature to Union troops during the American Civil War. The Christian Commission was created in response to what the troops suffered in the First Battle of Bull Run; it was organized in New York City, November 14-15, 1861. The United States Christian Commission formed a volunteer force to supplement the US military Chaplaincy, and provided religious support, social services, and recreational activities for Union soldiers. The text of this Hymn-Book (page 76) contains an "Incident in a Soldier's Hospital, June, 1863," in which Brother Burrell visits Lawson Wood in a Nashville hospital and trades his larger type New Testament for a smaller type testament owned by the northern soldier. This story, perhaps, provides an approximate date for the publication of The Soldiers' Hymn-Book. Worldcat records 9 editions, but one imagines some of these to be duplicate records.

Title: The Soldiers' Hymn-Book, With Tunes

Publisher: New York, NY, From the Press of the American Tract Society: 1864

The Soldiers' Hymn-Book, With Tunes