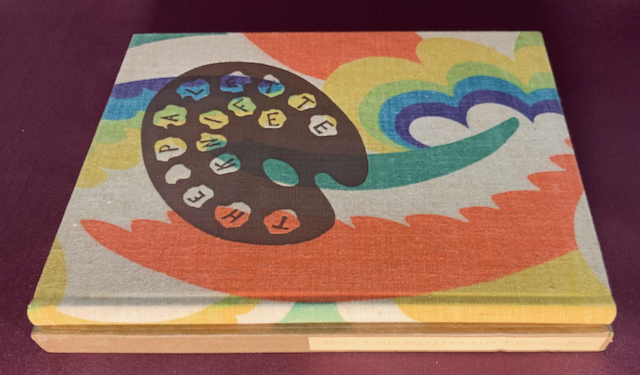 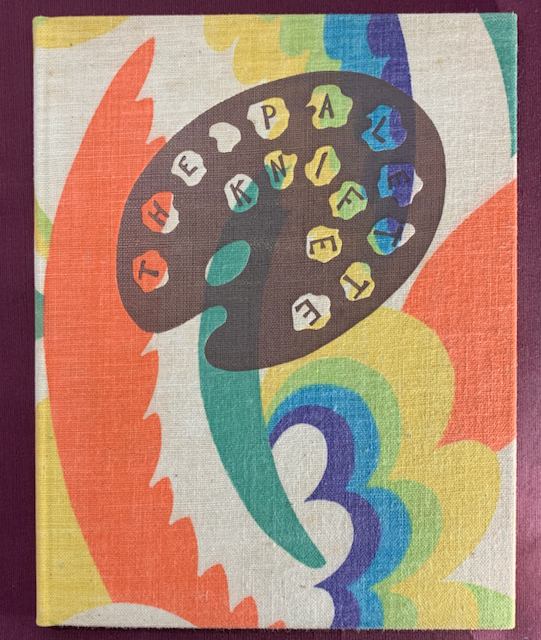 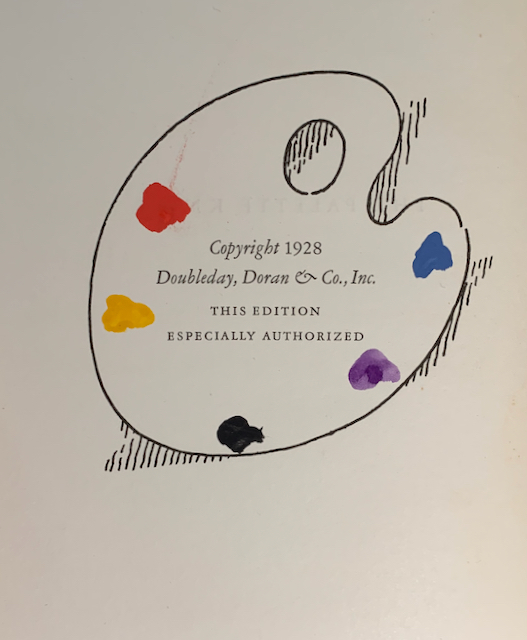 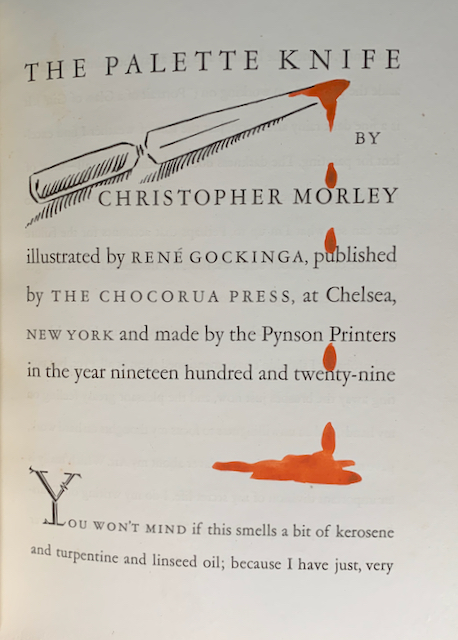 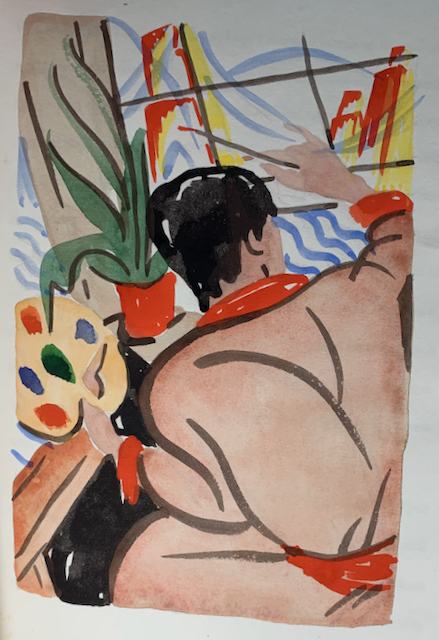 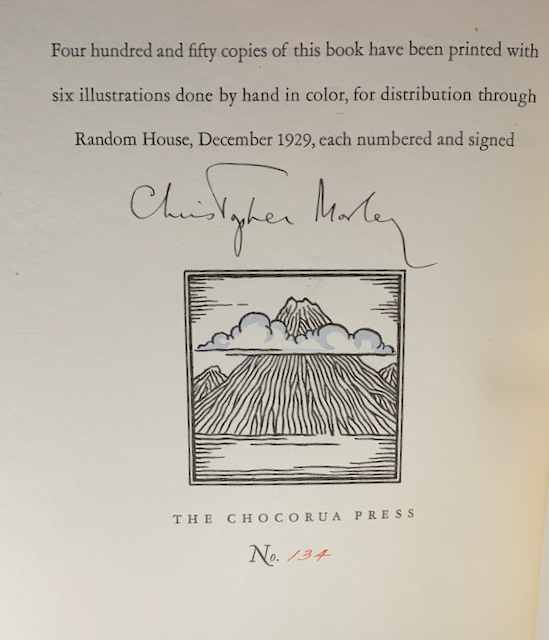 4to. 10 x 7 7/8 inches. Unpaginated. [16] pp. Half-title, hand-colored frontispiece in 5 colors, red highlights on the title page, 6 hand-painted color-illustrated plates with tissue guards, printer's device on the colophon highlighted in blue; text unmarked, occasional foxing, tissue guard of plate 3 with small spot of tacky substance can be separated by applying steady, gentle pressure. Brown cloth over boards with another layer of colored cloth with a painter's palette hole cut out of the outer cloth with several spots of the outer cloth cut out and laid down on the palette shape and lettered with the title "The Palette Knife" on the paint blob shapes; binding square and tight, cloth is very clean. Comes with the original slip case that has some minor shelf wear and bumps. Bookseller's pencil notations on the rear paste-down notes the special elements of this edition. SIGNED by Christopher Morley on the colophon. RN620-003. Very Good. LIMITED EDITION of 450 copies, this is number 134. The Morely essay was originally published in 1928 by Doubleday, Doran & Co., Inc., this edition with the six hand-colored illustrations is especially authorized to be printed by The Chocorua Press and is SIGNED by Christopher Morley on the colophon. This edition was distributed by Random House. This charming essay by Morley compares his efforts as a published writer to his life-long pursuit of painting as a private pastime, and reveals key insights into both written and visual artistic expression. Christopher Morley was an American journalist, novelist, essayist and poet. From 1928 to 1930 Morley and set designer Cleon Throckmorton co-produced theater productions at two theaters they purchased and renovated in Hoboken, New Jersey. Morley was one of the founders and a longtime contributing editor of the Saturday Review of Literature. In 1961 a 98-acre Christopher Morley Park on Searingtown Road in Nassau County, Long Island was named in his honor. This park preserves his studio, the "Knothole," along with his furniture and bookcases. Rene Gockinga (1893-1962), was born in Amsterdam, the son of the patrician Gockinga family. Gockinga was a draftsman, painter, and illustrator of American books. "In the most extravagant instance, each copy of The Palette Knife, a short story by Christopher Morley produced by the Pynson Printers for the Chocorua Press in 1929, featured a series of six original watercolor paintings by Rene Gockinga, as well as a title page that depicted an artist's palette knife dripping blotches of real red paint down the page, between the opening lines of text." Benton and Rowland, Beauty and the Book: Fine Editions and Cultural Distinction in America, p. 74.