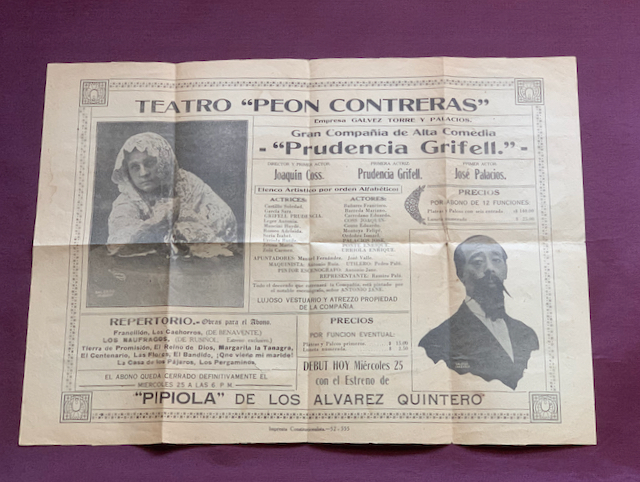 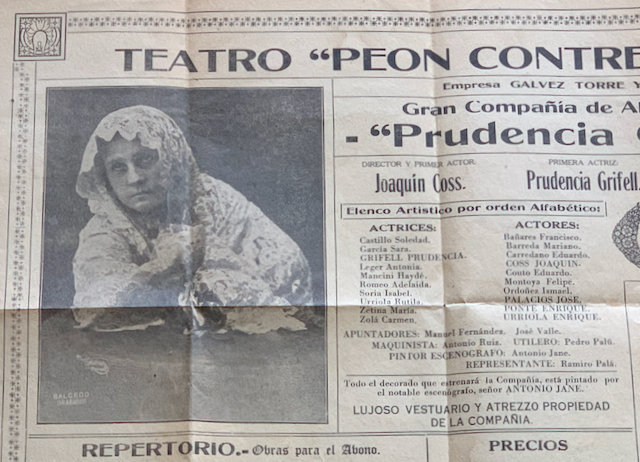 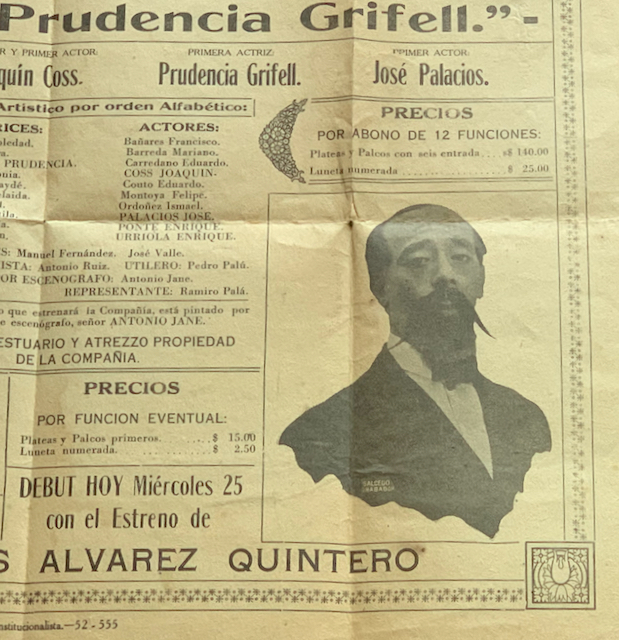 Broadside. 10 5/8 x 14 13/16 inches. [1] p. 2 half-tone photographs, panels on the recto outlined with rules, elaborate typographic border around all, printed by Imprenta Constitucionalista; paper toned, 2 1-inch tears affect 2 panels without loss, folded 3 times. Good. Playbill for performances "Miercoles 25" at the Jose Peon Contreras Theater, Merida, Yucatan, Mexico. The year of this publication is uncertain. There were Wednesdays the 25th in November 1908, August 1909, and May 1910. My research indicates that the Jose Peon Contreras Theater opened for public performances in December 1908, which would contradict a date for this flyer to have been November 1908. 1909 and 1910 are possibilities. This broadside playbill is important from the point of view that it has an early half-tone portrait of Prudencia Grifell, who went on to be a prolific actress during the Golden Age of Mexican cinema, as well as an important figure in Mexican television until her death in 1970. Grifell, born in Lugo, Galicia, Spain, into a family of Spanish stage actors, was 31 years old in 1910. She began her stage career at the age of 10, touring Spain and Latin America. She moved to Mexico City in 1904, which she made her base of operations. She is named as principal actress on this playbill for the Jose Peon Contreras Theater, which, in the twenty-first century has been restored as an important venue for theatrical performances. This playbill records the pieces that were performed by Grifell and first actor Jose Palacios under the direction of Joaquin Coss. The broadside also records ticket prices and the actors in the Empresa Galvez Torre Y Palacios.