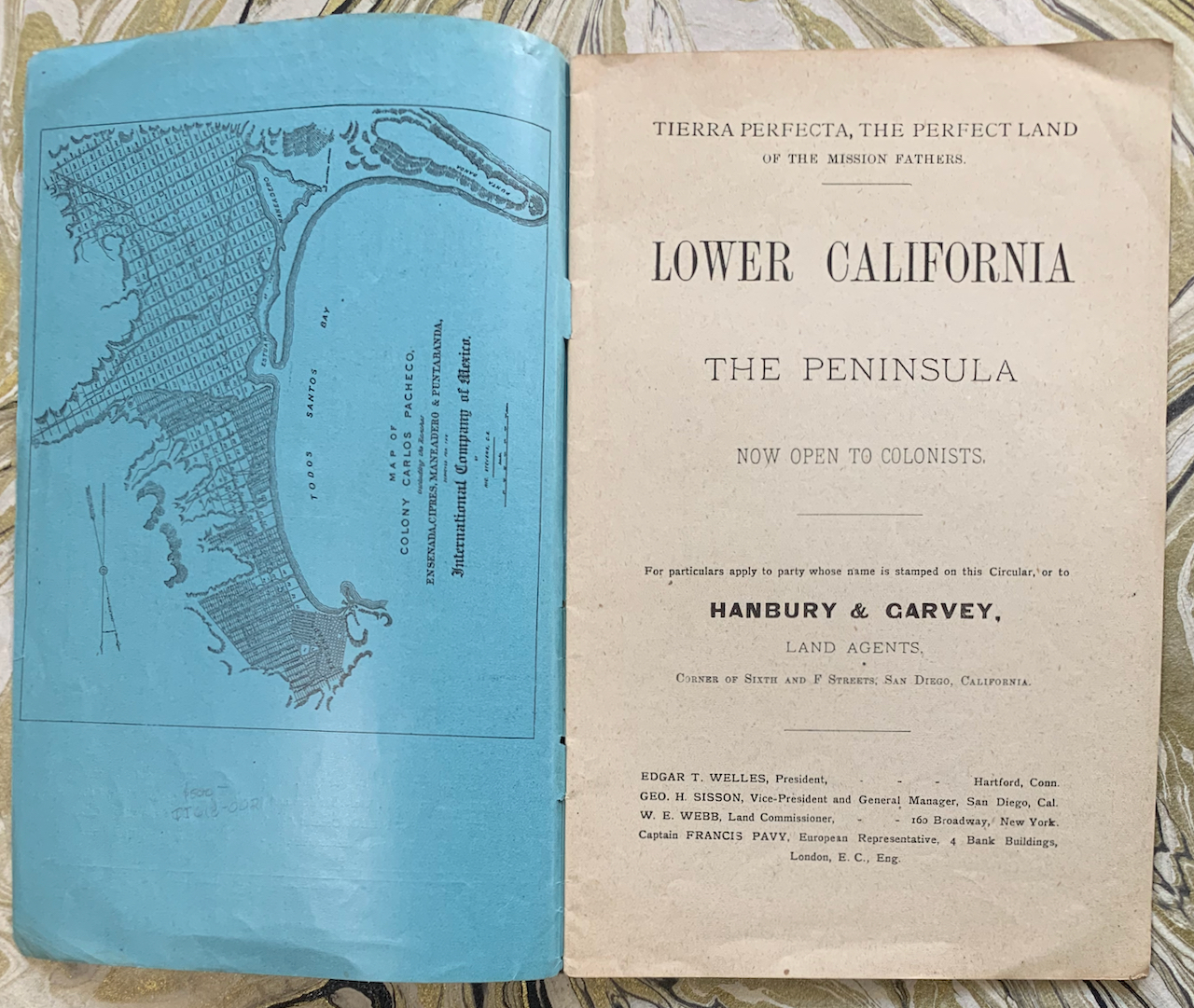 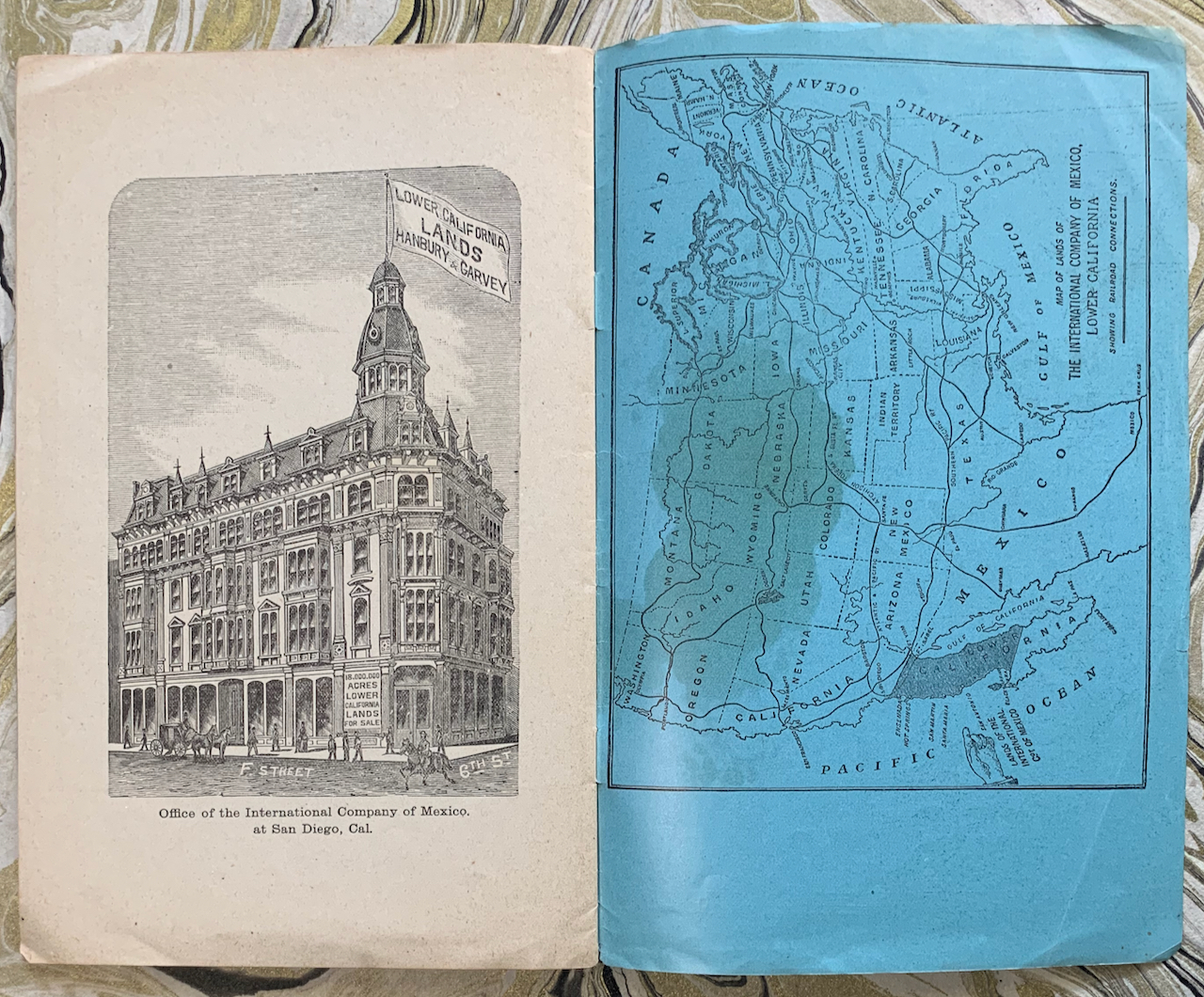 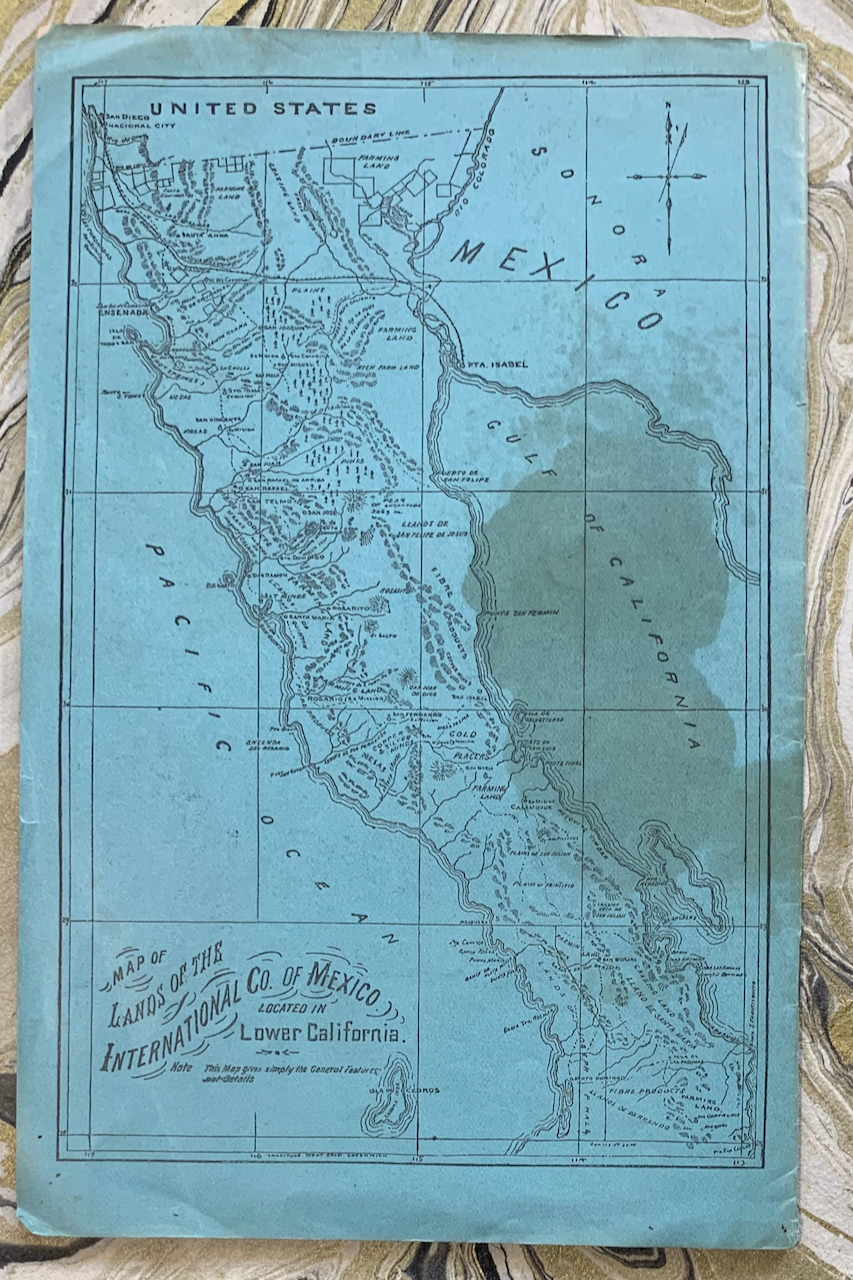 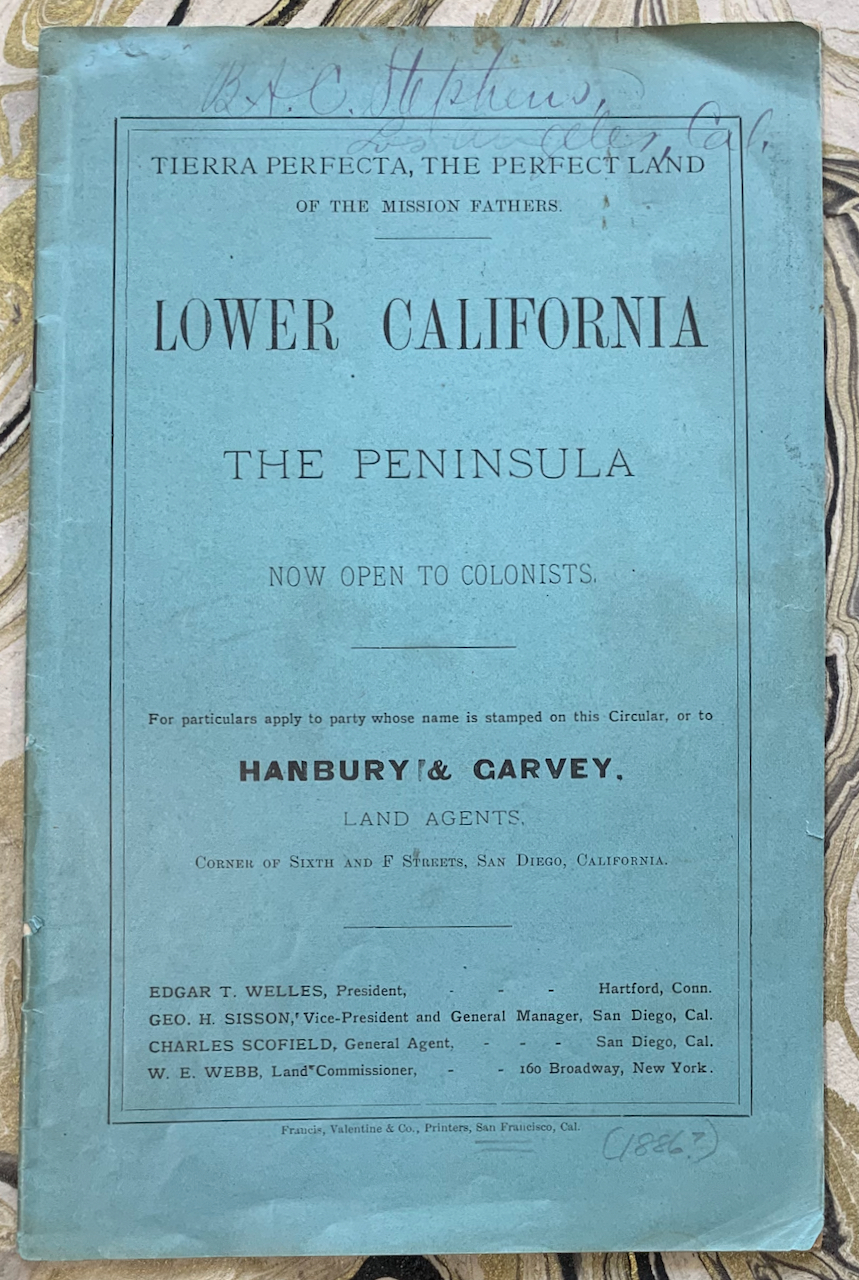 By: The International Company of Mexico

8vo. 9 1/4 x 5 7/8 inches. 22, [2] pp. 6 black-and-white half-tone photographic illustrations, 3 maps printed on the wrappers, include a map of Ensenada on the inside of the front cover, a map of the United States showing the "Lands of The International Company of Mexico, Lower California" inside the rear cover, and a more detailed map of Baja California "Map of Lands of the International Co. of Mexico Located in Lower California" on the outside of the rear cover; text clean, unmarked. Blue printed wrappers, stapled; light shelf wear, rear cover stained affects mostly the part of the map marked "Gulf of California." Ownership signature of B. A. C. Stephens, Los Angeles, CA at head of front cover. II618-002. Very Good. This is another version of The International Company of Mexico's Tierra Perfecta, in this instance the printer is noted on the front cover as "Francis Valentine & Co., Printers, San Francisco, Cal.," and the "publishers" are noted as Edgar T. Welles, Hartford, CT; George H. Sisson, Vice-President and General Manager, San Diego, Cal.; Charles Scofield, General Agent, San Diego, Cal.; and W. E. Webb, Land Commissioner, 160 Broadway, New York. The 6 half-tone illustrations appear appropriately on the respective pages. The 2 un-numbered pages at the end of the text include [1 blank] and on the second page [verso] is an illustration of the "Office of the International Company of Mexico, at San Diego, Cal." showing a 5-story building at the corner of F Street and 6th Streets, the site of Hanbury and Garvey, Land Agents. Rubber stamp of "Hanbury & Garvey" land agents on front cover. PROVENANCE: B. A. Cecil Stephens was a member of the Historical Society of Southern California in the 1890s, and also a member of a syndicate interested in water flows in the lower Colorado River. An inquiry directed towards the Historical Society of Southern California requesting information on Stephens resulted in the comment that the HSSC "does not have records of the early members of the Society." REFERENCES: Barrett, Baja California, No. 1305 and 1306, neither of which is this issue with the Francis, Valentine & Co., Printers, San Francisco, Cal.; Ramirez, American and English Influence on the Early Development of Ensenada, pp. 45-56.