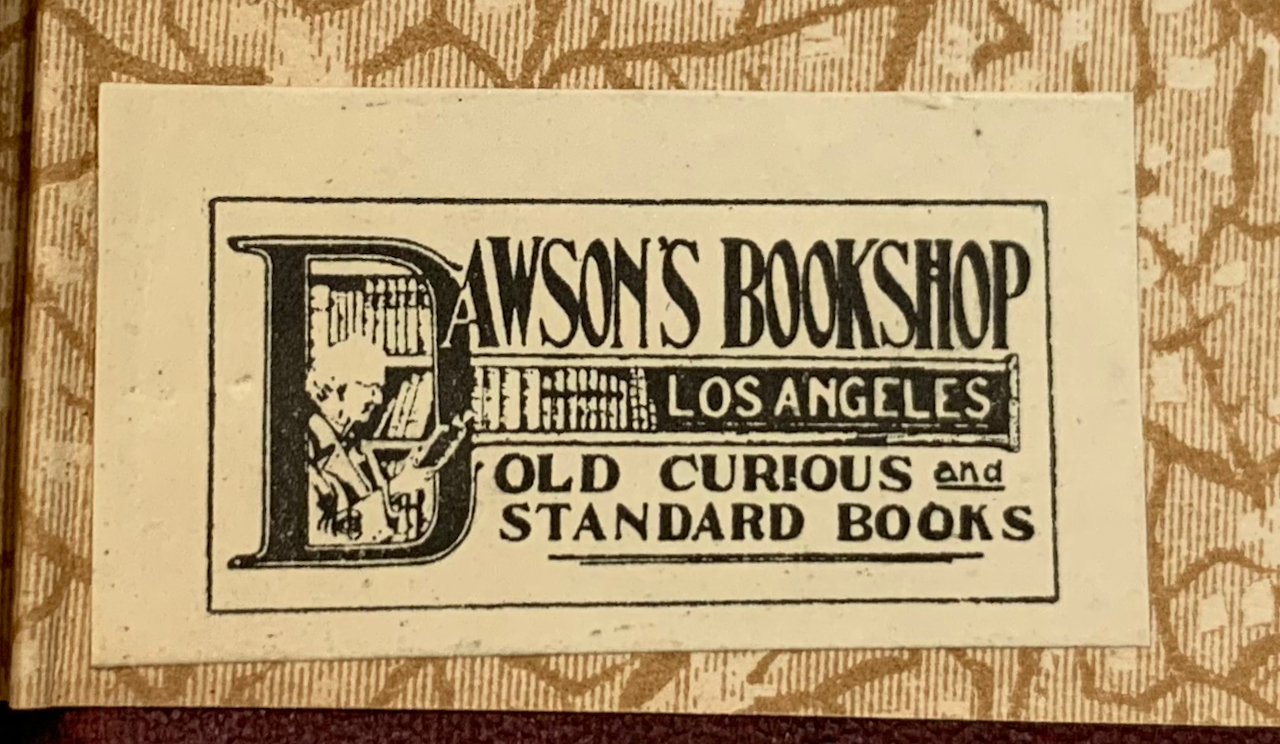 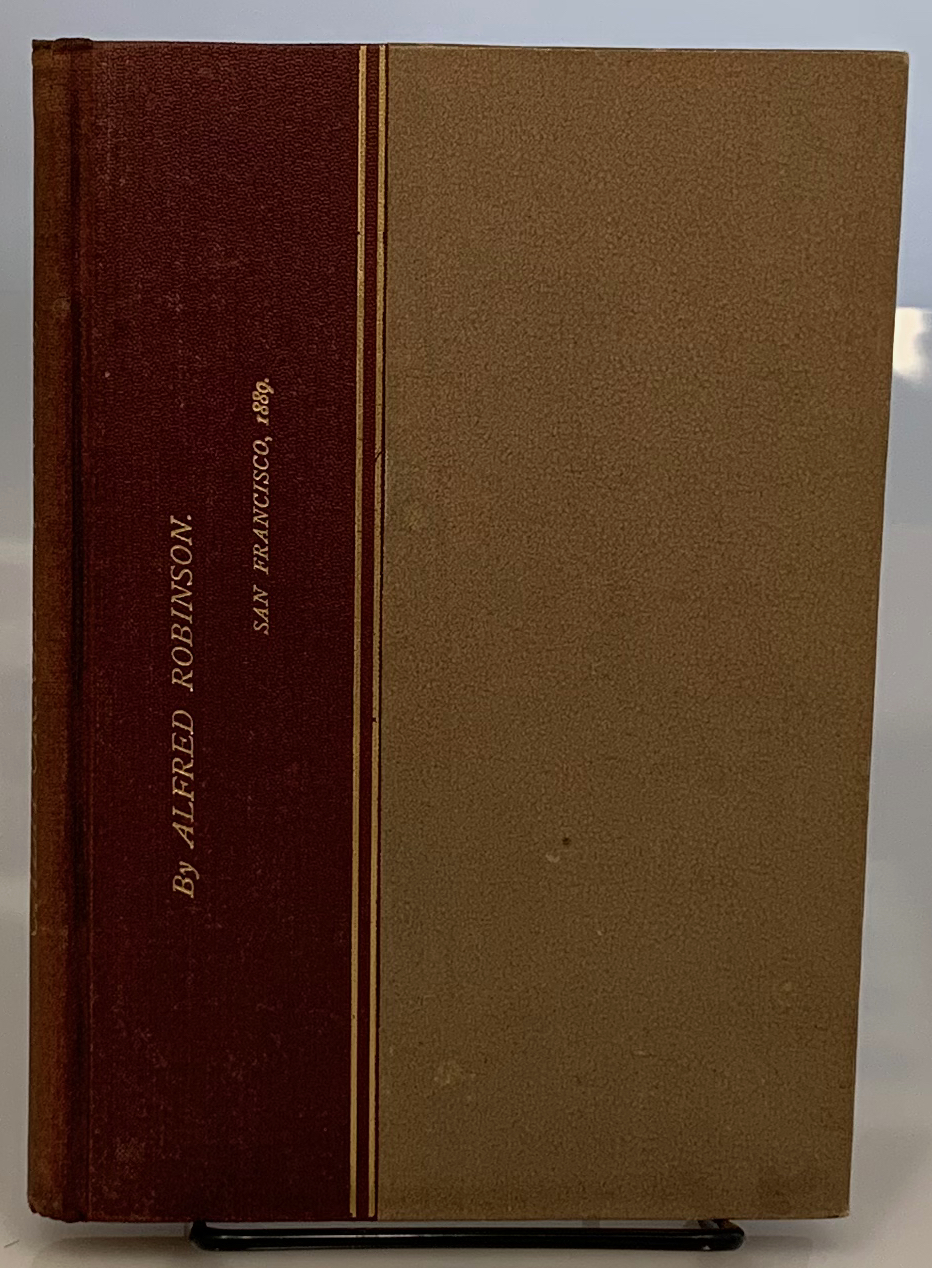 FIRST EDITION of Alfred Robinson's historical poem about California. 8vo. 7 9/16 x 5 3/8 inches. 158 pp. Frontispiece photogravure of Mission Dolores, San Francisco, 1850 with tissue guard, important historical notes at the rear; text clean, unmarked, first 80 pages of the text toned. Gilt-stamped two-toned cloth, top edge gilt, added clear plastic dust-jacket, decorative end-papers; binding square and tight, lightly rubbed. Bookplate of Joseph Gregg Layne on the front paste-down, bookseller's ticket of Dawson's Book Shop, Los Angeles on rear paste-down, with another bookseller's ticket partially removed. SCARCE. Very Good. Robinson dedicates this work to the [Anglo] pioneers of California, and in the Preface remarks that the work is an attempt to delineate and expose the eccentricities of [California as] [ellipses] mere outlines of events, transpiring during the first period of California, under a new and alien system of government. Robinson first lays out the main cultural aspects of the society built on the far frontiers of Spanish empire, and then focusses our attention to the changes wrought in San Francisco, Monterey, Santa Barbara, San Pedro and so on. The notes at the rear names names and provides greater specificity. No one was better suited to write such a poem. "Robinson sailed to Alta California in 1829 in the employ of Bryant, Sturgis and Company, a Boston-based firm in the California hide and tallow trade. He married Anita de la Guerra de Noriega y Carrillo, of the locally prominent de la Guerra family of Santa Barbara. The marriage party is described by Richard Henry Dana, Jr., in Two Years Before the Mast. After the Mexican Cession, and California was annexed by the US in 1848 and became a state in 1850, Robinson worked for the Pacific Mail Steamship Company, and as a land manager during the 1850s through the 1880s. Wikipedia. Publisher: William Doxey (1844-1916) was "born in England and came to America in his twenties. His bookstore, fashionably located on Market Street in San Francisco, was a center of the San Francisco literary scene in the mid-1890s. Today Doxey is best known as the publisher of the famous literary magazine, The Lark." Source: Paul Elder website. PROVENANCE: book plate of Joseph Gregg Layne (1885-1952), a leading authority and bibliographer of Californiana as well as president, and member of the board of directors and editor of the Quarterly for the Historical Society of Southern California. Layne was also an organizer of E Clampus Vitus. REFERENCE: Cowan, A Bibliography of the History of California, Vol. II, p. 536.