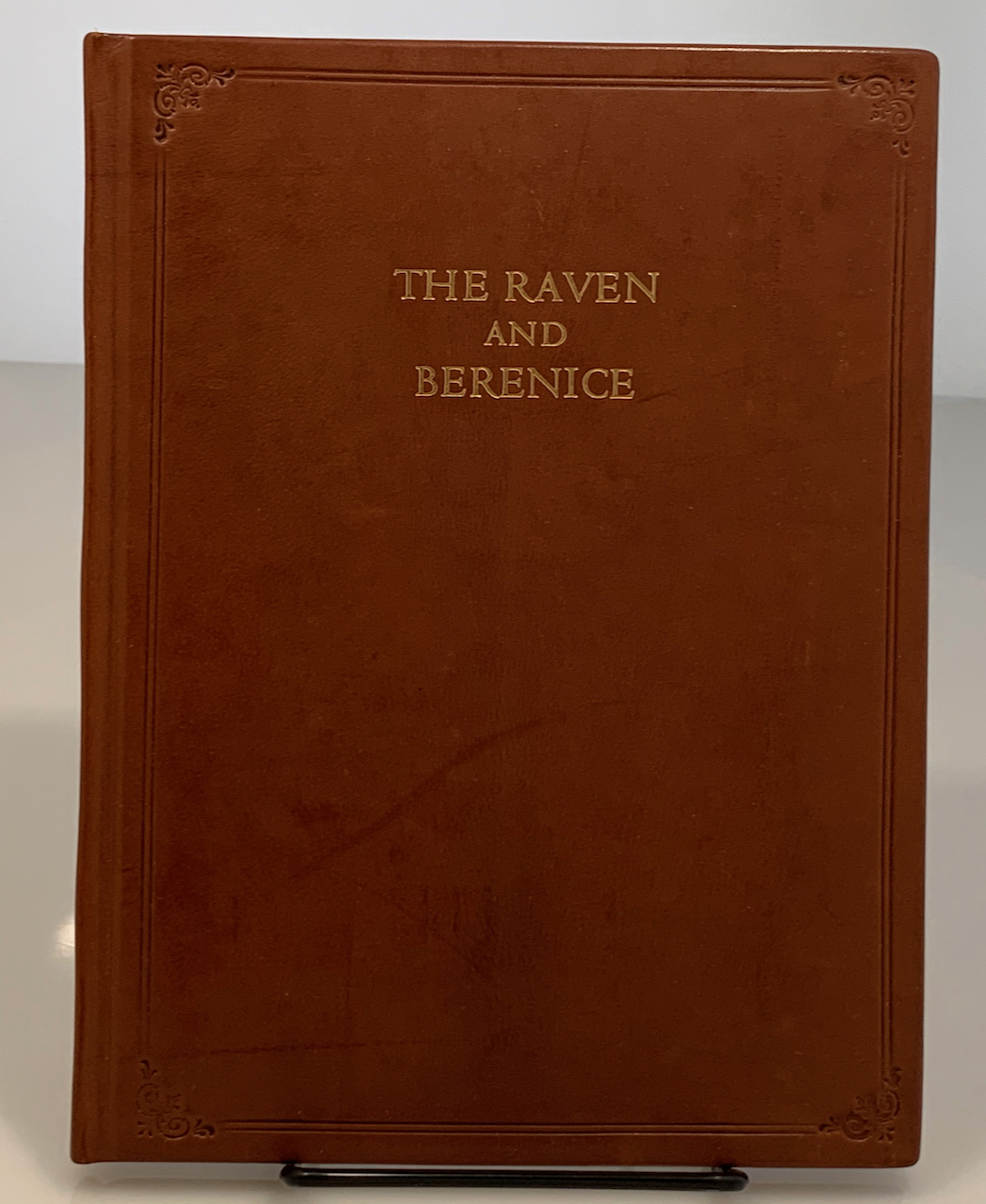 The Raven and Berenice

LIMITED EDITION of 60 copies, this is No. 35, printed at the Hill Press with the assistance of Paul Race, wood engravings executed by Sandy Connors of The Honeybee Press, handset in Cloister Old Style types, printed on dampened Velke Losiny rag paper on a Washington Press, this is one of 10 copies bound in tan leather at the Florentine Bookbindery, SIGNED by the printer, Stephen Heaver, Jr., on the colophon. 8vo. 9 x 6 13/16 inches. [viii], 27, [5] pp. Half-title, title page printed in blue and black inks with typographic ornaments, 2 wood engravings by Sandy Connors, Introduction by David O. Tomlinson of the United States Naval Academy, list of subscribers, tailpieces, printed on laid paper; text clean, unmarked. Blind- and gilt-stamped brown leather; binding square and tight. SIGNED on the colophon by Stephen Heaver. MR819-005. Fine. "Maybe Steve Heaver's best publication," Rollin Millroy. Contains Edgar Allan Poe's best-known works, the poem, The Raven and the short story, Berenice, which was first published in the Southern Literary Messenger in 1835. "Edgar Allan Poe was an American writer, editor, and literary critic. He is best known for his poetry and short stories, particularly his tales of mystery and the macabre. Poe is widely regarded as a central figure of Romanticism in the United States, and of American literature as a whole, and he was one of the country's earliest practitioners of the short story." Wikipedia. Worldcat records 5 copies.

Title: The Raven and Berenice

The Raven and Berenice