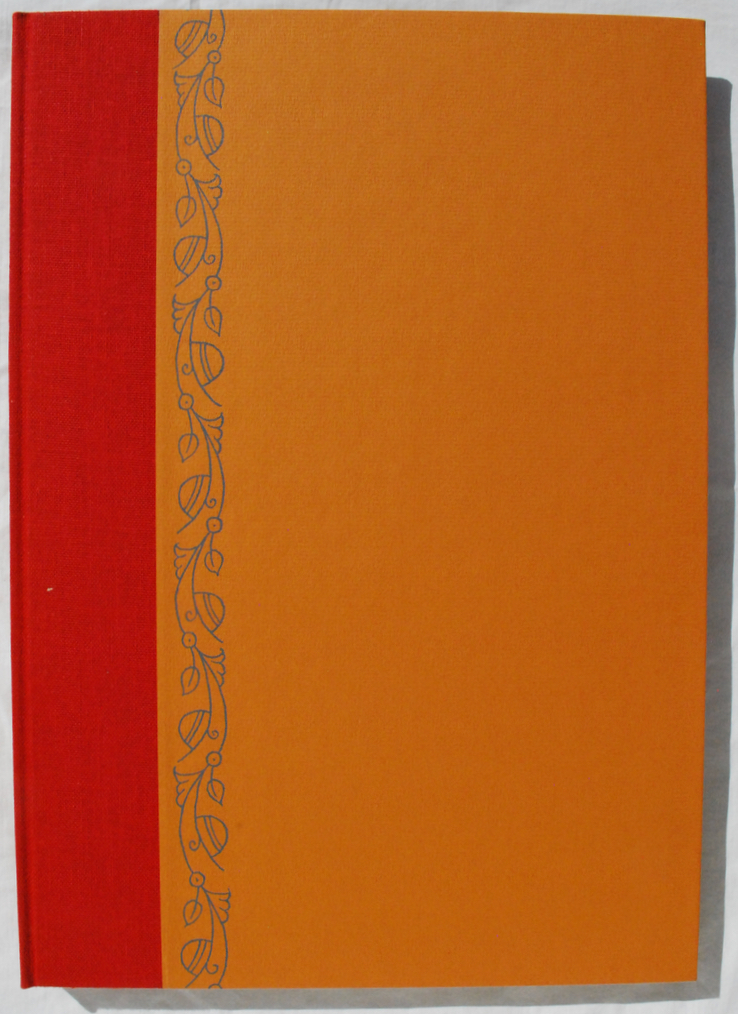 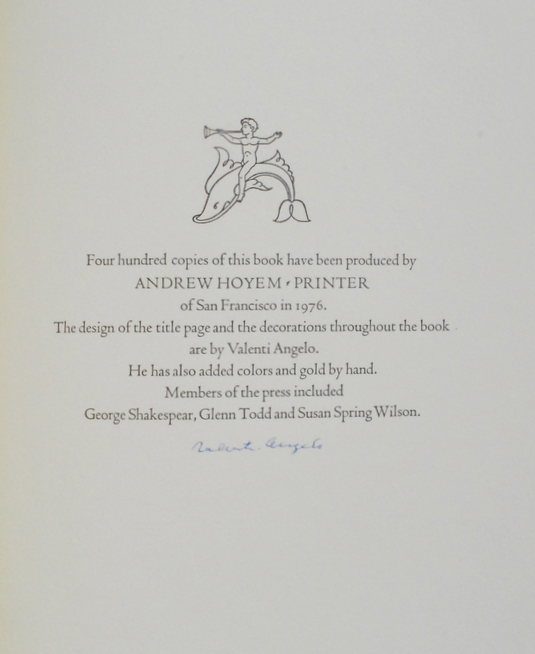 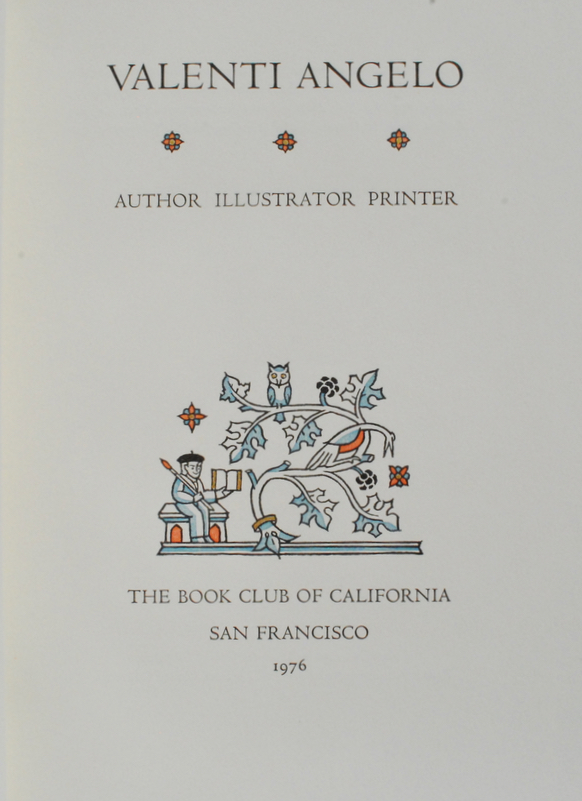 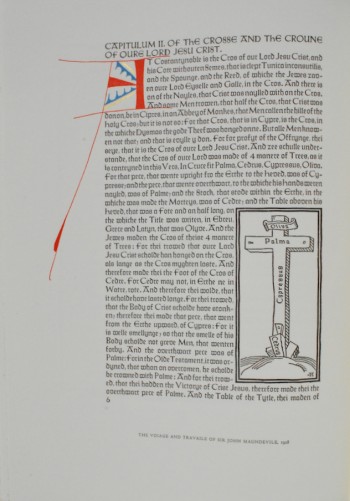 Series: Book Club of California Publication, No. 154. LIMITED EDITION of 400 copies printed by Andrew Hoyem Printer, this is 1 of the "non-special copies", using Centaur monotype on machine made paper, the designs of the title page and the decorations throughout the book are by Valenti Angelo who has also added colors and gold by hand. Folio. 14 5/8 x 10 1/4 inches. (100) pp. Half-title, illustrated title page highlighted in blue, red, and gold, 43 specimens of Angelo's printing of which 35 are in color, divisional title of "A Bibliographical Checklist" printed in red and black, decorative initials in colors and some gilt; text clean, unmarked. Quarter red cloth, rust paper over boards with decorations in blue designed by Angelo, printed paper spine label, plain paper dust-jacket; binding square and tight, jacket with minor soiling and toning. Inserted inside is a letter to the previous owner from Gayle L. Kelly, Executive Secretary of the Book club dated March 24, 1977 on Club letterhead regarding a smudge in the text of his copy, and offering to send the copy to the printer to remove the smudge, which was present in other copies consulted. Very Good. "Valenti Angelo's fiftieth anniversary as a printer is celebrated in this publication. Based in part upon Angelo's earlier compilation of essays and a checklist of his publications this book adds to the original checklist and brings it up to 1975. Oscar Lewis's introduction is also new to this work. Angelo was an enthusiastic participant in the design of this handsome volume. The specimens utilize the original types, drawing on a large collection of foundry types from the Grabhorn Press which are owned by Andrew Hoyem, and from some of the original plates. This was the second most expensive book published by the Book Club of California up to this time. There was some concern that the book would not sell, but it was fully subscribed on announcement. The hand coloring varies in some copies. Some Club members paid Angelo $25.00 to add further coloring, and even the 'non-special' copies may vary slightly." The contents are: "Valenti Angelo: An Appreciation and an Explanation" by Oscar Lewis; "Valenti Angelo & the Grabhorn Press" by Robert Grabhorn; "A Letter for Sherwood Anderson;" "Valenti Angelo, Artist, Writer, Man" by Annis Duff; "An Autobiographical Story" by Valenti Angelo; and "A Biographical Checklist" edited by Anne England. Harlan. REFERENCE: Harlan, The Two Hundredth Book, No. 154.