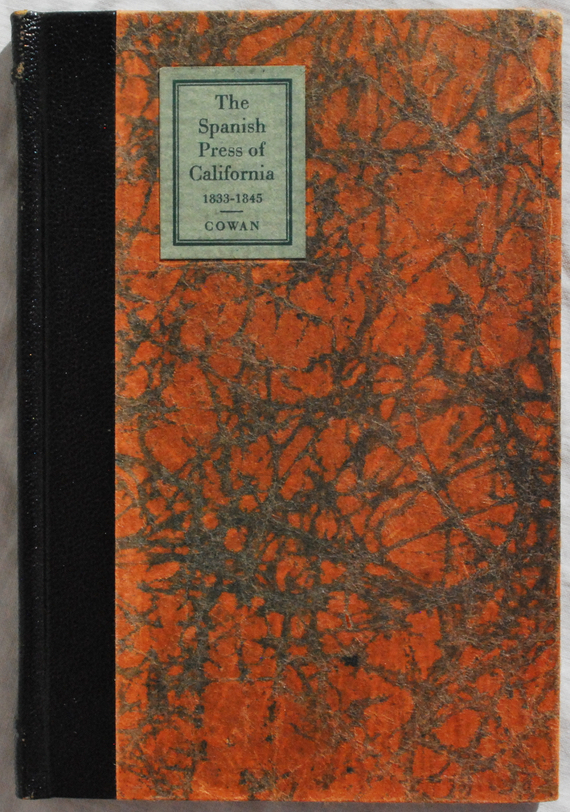 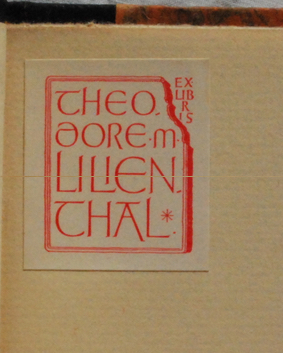 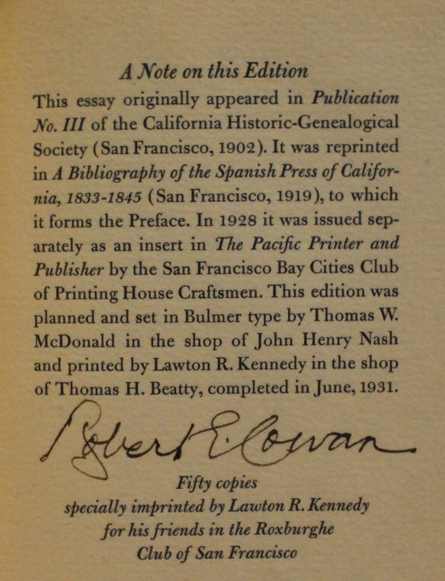 LIMITED EDITION of 50 copies specially imprinted by Lawton R. Kennedy for his friends in the Roxburghe Club of California; it was planned and set in Bulmer type by Thomas W. McDonald in the shop of John Henry Nash and printed by Lawton R. Kennedy in the shop of Thomas H. Beatty. 12mo. 5 3/4 x 3 7/8 inches. [ii], 21, [3] pp. Typographic ornaments on title page and at head of text, printed on laid paper; text clean, unmarked. Quarter black morocco, decorative paper over boards, printed paper front cover label, 2 raised bands on the spine; binding square and tight, lightly rubbed. Bookplate of Theodore M. Lilienthal. SIGNED by Robert Ernest Cowan on the colophon. Very Good. This essay on the first printers to operate in California originally appeared in Publication No. III of the California Historic-Genealogical Society, San Francisco, 1902. It was reprinted in A Bibliography of the Spanish Press of California, 1833-1845, San Francisco, 1919 where it appeared as the Preface. In 1928 it was issued separately as an insert in The Pacific Printer and Publisher by the San Francisco Bay Cities Club of Printing House Craftsmen. PROVENANCE: Theodore Max Lilienthal (1893-1972) was the proprietor, with Leon Gelber, of Gelber-Lilienthal, Inc. of San Francisco. Their book shop opened in 1924 and its name retired in 1946, when it was sold to Lew Lengfeld who renamed it Books, Inc. Gelber-Lilienthal also operated the Lantern Press (1924-1940), which published Hildegard Flanner's A Tree in Bloom and Other Verses (1924) and Jake Zeitlin's Whispers & Chants (1927); many Lantern Press editions were printed by the Grabhorn Press. Also, in 1937, Lilienthal, his wife Frances, and a neighbor, Edith Van Antwerp (1881-1949) founded the Quercus Press as a hobby venture. They started with a Vandercook proof press, but also purchased a Washington hand press and an Albion hand press that was once owned by William Morris (now in the Huntington Library). Among the things printed at the Quercus Press from 1937 to 1948 were a variety of pamphlets by Christopher Morley, Sherwood Anderson, Gelett Burgess, but "its most valuable publications were poems by [Robinson] Jeffers" (1887-1962). Reference: Ritchie: Theodore Lilienthal, Robinson Jeffers and the Quercus Press, p. 6.