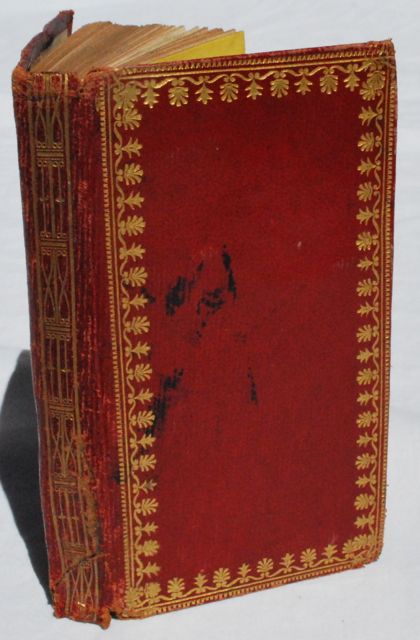 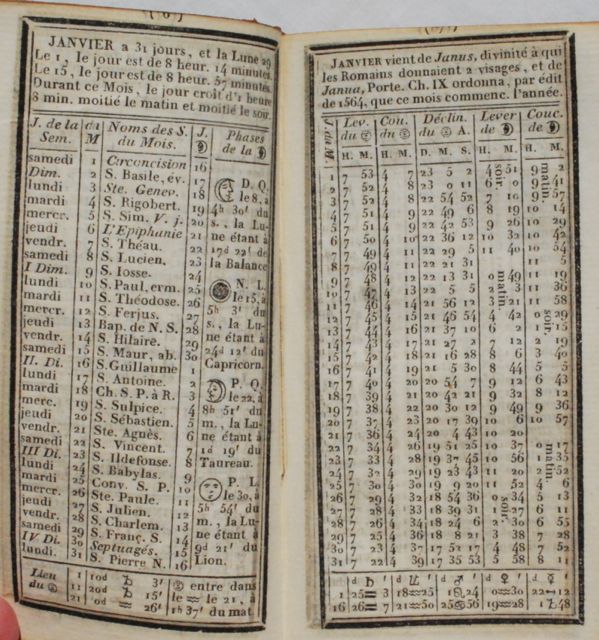 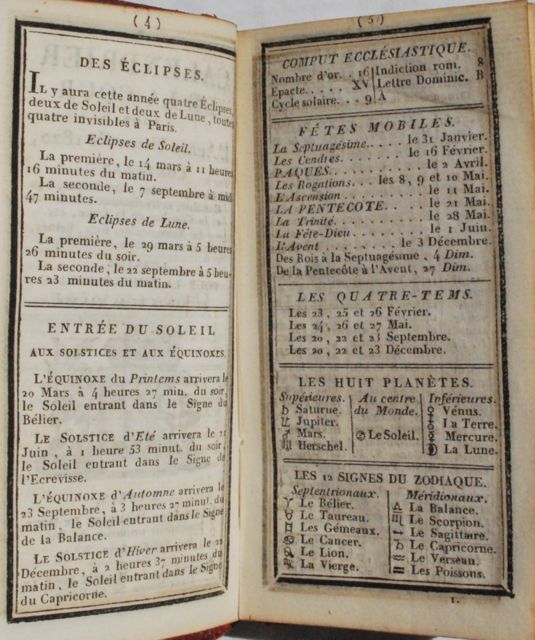 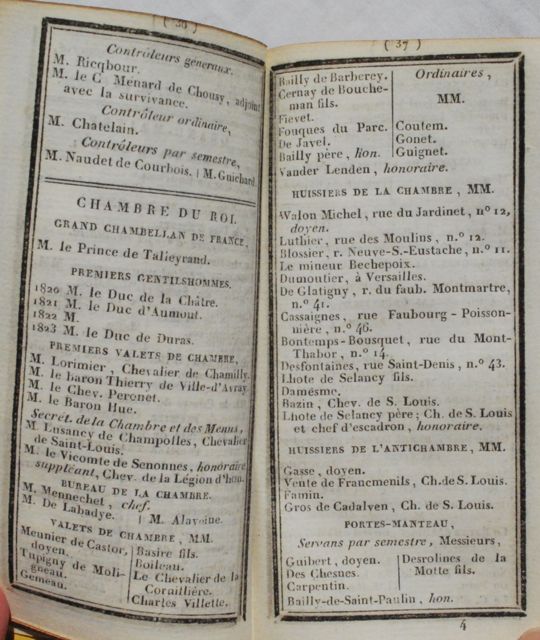 12mo. 214 pp. The entire text is printed within a typographic border, woodcut printer's device on the title page, numerous tables throughout the text; text clean, unmarked, pages 82-87 darkened and brittle with some marginal loss to the paper, a few top edges trimmed close with some page numbers trimmed. Full dark-red crushed morocco decorated in gilt, all edges gilt; binding square and tight, black ink smudges on the front cover, rubbed, corners showing, the morocco on the spine is torn and glued down. Good. The Almanac of the French Court was published continuously for 237 years, from 1687 to 1919. The Calendrier de la Cour was first published at the request of the French King by bookseller Laurent d'Houry whose family continued the tradition for 131 years. Each year the Calendrier de la Cour presented lists of members of the royal family of France, great crown officers, senior clerics, abbots of large abbeys with the income of each abbey, marshals of France, colonels and general officers, ambassadors and consuls of France, presidents of the main courts, state councilors, bankers, and more. The Calendrier de la Cour enjoyed wide circulation; its readers included financiers, the nobility, and anyone who might have any business before the various elements of the French state apparatus. The changes undergone in France with the French Revolution, the Consulate and the Empire, the Restoration - during which this edition was printed - are all reflected in the various editions of the Calendrier de la Cour, making it a useful source for historians, enabling researchers to follow, year-by-year, the ministries and people who occupied various offices, and details as granulated as places of mailboxes, timetables and fares for transportation, and much more.